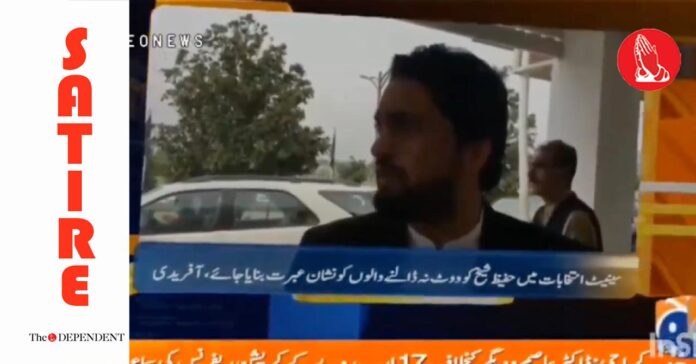 Talking to the media on Saturday, the man who was among at least 16 members of the ruling coalition who did not vote for the government candidate in the Senate election from Islamabad, maintained that those who, like him, let the government down should be chastised and made an example of.

Political analysts maintain that the self-reflection on part of the ruling party currently on display is unparalleled in Pakistani political history.

“Have you ever seen a ruling parliamentarian basically saying that he and the prime minister should be given an exemplary punishment? This is already exemplary,” a government aligned political analyst told The Dependent without having been asked to comment.