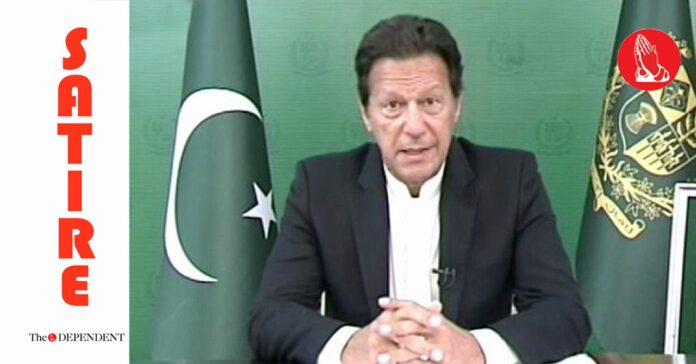 ISLAMABAD – Prime Minister Imran Khan on Thursday lashed out at the opposition Pakistan Democratic Movement (PDM) for “making a mockery of democracy” in a way that was “unacceptable, unethical and unpatriotic.”

The premier made these remarks in an address to the nation where he explained the only acceptable way to manipulate democracy in Pakistan in light of Wednesday’s Senate elections in which the opposition managed to stage an upset.

“They are buying members of parliament. The only thing for sale in Pakistani democracy should be our conscience that upholds parliamentary supremacy, and that should be sold for free, without any monetary transaction. Just the promise of puppetry for the most patriotic institution should suffice,” the PM further said.

Prime Minister Imran Khan further lamented the joke that is happening with democracy, implying that it isn’t quite as funny as the joke that happened with Pakistani democracy in 2018.

“At least that joke was on others,” said the joke while talking to the nation. “[But] what kind of democracy is this, where the manipulation doesn’t involve climbing on the laps of on the manipulators, piggybacking on the selectors?”

Khan also called out the Election Commission of Pakistan (ECP) for “holding the Senate elections through secret ballot”.

“I thought you were on our side. The score is now 1-1. But remember this is going to be at least a best of three series,” he said.