‘Even if I get sacked will continue fight against Man City’s corruption,’ Klopp addresses fans 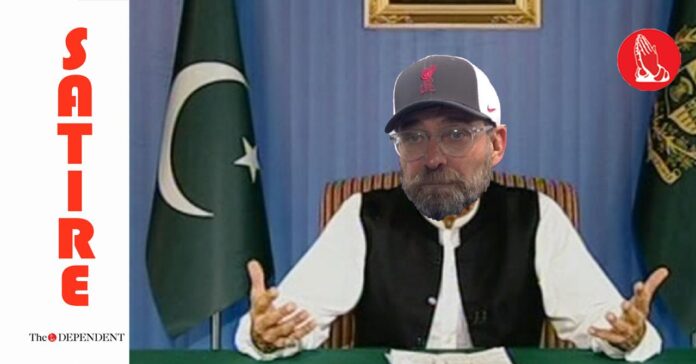 LIVERPOOL: Jurgen Klopp told Liverpool fans around the world on Sunday that he will continue the struggle against the ‘thieves’ and ‘dacoits’ of Manchester City, regardless of the cost.

The Liverpool manager addressed the fans in the immediate aftermath of Liverpool’s 0-1 home defeat against Fulham, the club’s record extending sixth successive defeat at Anfield.

“Even if we get relegated, even if I lose my job, even if I die, I won’t let City and the Ganju Guardiola Gang get away with corruption,” an emotionally charged Klopp said.

“I will make them cry,” the Liverpool manager vowed in the live streamed speech heard across the world by Liverpool fans.

Klopp reminded the fans and the viewers that he didn’t need to be Liverpool manager and that life had given him so much already.

“I won the league for this club after three decades. The Champions League before that. My record with Borussia Dortmund and even Mainz 05 is there for all to see,” the Liverpool manager said.

“So you see I don’t need to manage Liverpool, I can just as easily go and manage some other club – or none. I don’t need you, you need me, and we all need to continue to highlight Manchester City’s financial misappropriation,” he added.

The Liverpool manager further announced a vote of confidence from Liverpool members that appear to have defected in recent times, including Trent Alexander-Arnold, Sadio Mane, Roberto Firmino, Alisson Becker, Georginio Wijnaldum and others.

Sources confirm that Klopp made a late night phone call to Rawalpindi to gather support for the vote, and discuss possibilities of engineering Premier League results.