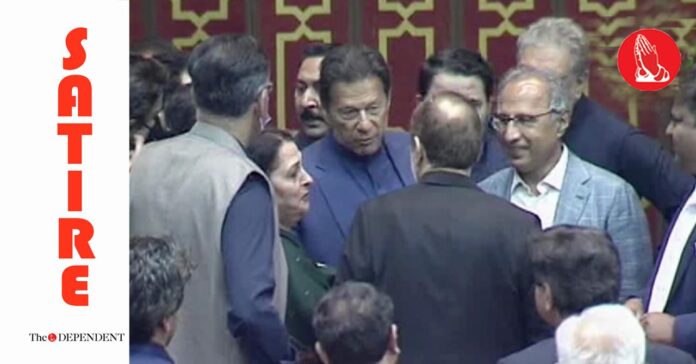 ISLAMABAD – After over 2,600 patients of covid-19 were reported on Monday, taking the number of active cases from 16,000 to 21,000 in just two weeks, the Islamabad Capital Territory (ICT) administration has decided to seal places that violate covid standard operating procedures (SOPs) issued by the government, beginning with the Parliament building. In order to avoid further spread of the virus, all activities of the National Assembly have also been suspended.

Islamabad Deputy Commissioner Hamza Shafqaat has confirmed that while other parts of the capital will also be sealed the ICT had to start with the Parliament as the ‘primary damage control measure’.

“First of all, those people who usually gather in the National Assembly and the Senate are among the worst culprits when it comes to coronavirus SOP violation,” the DC said while talking to The Dependent.

“Nobody’s wearing any masks. They are all hugging each other after buying or selling votes, winning or losing elections. There’s matchmaking in there and let’s not forget we have banned large indoor weddings. These are those SOP violations that have been aired on national TV,” he added.

The deputy commissioner, however, added that in addition to violating the health guidelines of the government, what makes action against the Parliament also critical is the fact that they are the government.

“Imagine issuing a duplicitous policy that is central to saving the lives across the country,” said DC Shafqaat.