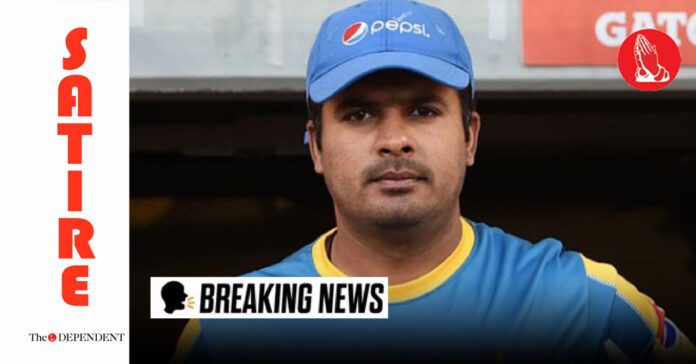 LAHORE – Pakistan and Karachi Kings opening batsman Sharjeel Khan has lauded the national cricket team for always providing space for players that are otherwise too unfit to be international athletes, or those who in various capacities have tried to engage in corrupting the game.

Talking to The Dependent in an exclusive interview, Sharjeel said that the Pakistan nurtures those players that other sporting teams won’t even consider bringing anywhere near their squads.

“Pakistan cricket is a safe space for unfit players and fixers of all kinds. And now I know that it will always be a safe space,” he told The Dependent.

Sharing his personal experience with this scribe, Sharjeel said that he has been overwhelmed with the support that he has received following his recall to the national team.

“Our fans don’t give a damn about things such as fitness, if someone can be a tulla — genuine or otherwise. One such tulla, a former captain who now wants to be a politician, let the team down multiple more times than he won matches, but the fans still love him. He was physically fit, but largely unfit in all other capacities,” the left-hander said.

He also said that fixers will always find home in the national side as well, and will always be forgiven, if ever charged that is.

“I was engaged in spot-fixing during a domestic franchise league. Another legendary spot-fixer did it to international acclaim and his name is still chanted in Pakistani stadiums, despite letting the national team down on multiple occasions, and with next to no performances. These days he is criticising selectors for selecting players with potential and/or performance,” said Sharjeel.