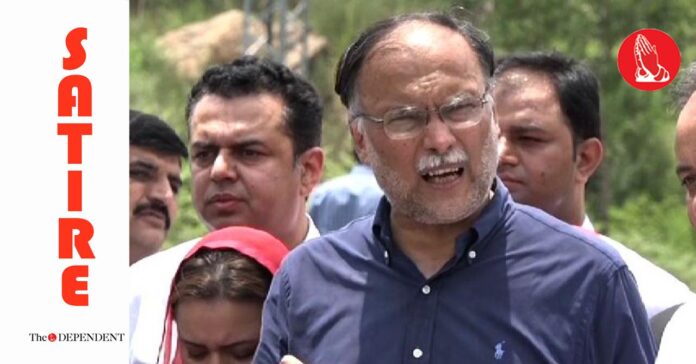 ISLAMABAD – Pakistan Muslim League-Nawaz (PML-N) Secretary General Ahsan Iqbal on Friday observed that only the Pakistan Peoples Party (PPP) can tell what it wishes to achieve by striking a deal with the establishment without sending anyone to London.

Talking to the media along with other senior party leaders, Iqbal said that such deals compromise democracy and are meant to directly attack the PML-N.

“Only leaders of the PPP can tell why they are attacking the PML-N and its leadership with this deal. Such deals with selectors compromise democracy, unless of course there is any understanding that you are sending someone to London,” Iqbal said.

The PML-N secretary general maintained that his party would not respond to the PPP as its target is “Prime Minister Imran Khan and the rigged system” along with guarding the sanctity of the escape channel that links Pakistan with London.

PML-N Information Secretary Marriyum Aurangzeb also said that PML-N was first attacked by the former president Asif Ali Zardari and later by PPP Chairman Bilawal Bhutto Zardari, neither of whom is in London.

“Such politics is unacceptable while you’re living in Pakistan. I dare you to go to London and do the same,” she said, challenging the PPP leadership