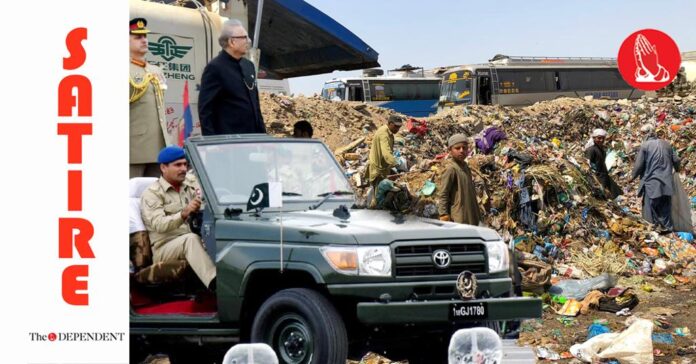 ISLAMABAD: A contingent of uneducated scavenger children also participated in the 23rd (25th) March parade to highlight the immense amount of sacrifices that they have made for the nation’s defence.

“And here, we have the President of the Republic inspecting a finely turned out contingent of the nation’s uneducated scavenger children,” spoke the Master of Ceremonies, through the microphone. “Earlier, we also saw their March past, where they not only showed an immense skill at picking up trash but had a look in their eyes that spelt determination and a resignation to a dark future!”

“And now,” said the host. “The president is inspecting a contingent of terminally ill patients whose ailments started with contaminated drinking water.”