‘I took three wickets for Bangladesh when they beat Pakistan in 1999,’ Modi tells Dhaka audience 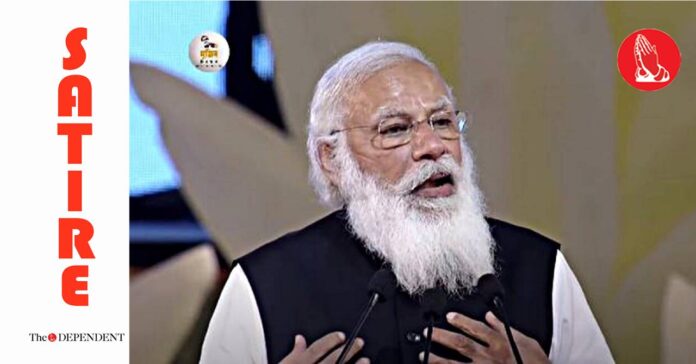 DHAKA: Indian Prime Minister Narendra Modi Friday said he did Satyagraha for Bangladesh’s freedom in 1971, while addressing an Independence Day event in Dhaka, adding that he also won the Man of the Match award in Bangladesh’s maiden win in the 1999 Cricket World Cup.

Hailing Aminul Islam’s leadership, and the contribution of the Board of Cricket Control for India (BCCI) in Bangladesh’s win over Pakistan in 1999, Modi told the audience that he still feels pride in events from decades ago.

“I would like to remind brothers and sisters in Bangladesh with pride, being involved in the struggle for the Test status for Bangladesh was one of the first movements of my life. I must have been 48-49 years old when I took three wickets for Bangladesh when they beat Pakistan in 1999, paving the way to becoming a Test team,” the Indian PM said.

“I got Shahid Afridi out caught, and then Inzamam-ul-Haq and Saleem Malik both LBW. I just bowled medium pace, but the magnitude of my passion was a lot more than the speed of my delivery. Of course, I could swing both ways, which I still do on many political issues,” he added.

Bangladesh beat Pakistan by 62 runs on May 31, 1999, to register their first ODI World Cup win, eventually leading to a full Test status in November 2020, when they played their first international five-day contest.

- Advertisement -
Facebook
Twitter
Linkedin
WhatsApp
Email
Previous article‘Deal with selectors compromises democracy unless you’re sending someone to London,’ PML-N tells PPP
Next article‘Hand them over and no one gets hurt’: On 35th Foundation Day, MQM-P reiterates demand for your cellphone, wallet