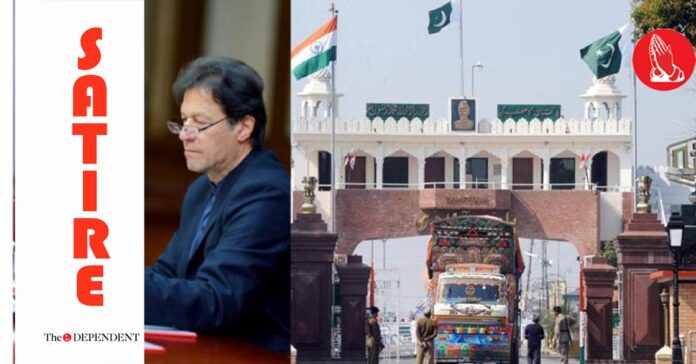 MODIKAYAARABAD – The proud and patriotic nation on Wednesday was told that it is now collectively Modi Ka Yaar. The official announcement came after Prime Minister Imran Khan wrote a letter to the Indian premier Narendra Modi expressing a willingness to become his yaar.

“Yaar, I thank you for your letter conveying greetings. Like me, the people of my nation are now officially your yaar as well, yaar,” read Khan’s letter to Modi.

“No, need to read the rest of this letter, it basically contains the same things that others have said to you and for which I have accused them of being your yaar, yaar,” it added.

“But what was once an accusation is now our collectively identity, yaar.”

Where rumours of the nation officially becoming Modi Ka Yaar had been gathering momentum for weeks, after the nation was informed that its Arab godfathers had earmarked this designation. The word gathered momentum when Modi wrote to his yaar Khan expressing a desire to up the ante on the yaari.

However, the nation’s status as Modi Ka Yaar was made official on Wednesday when it was confirmed that Modi Ka Yaar nation is all set to import sugar and cotton from Modi Ka Des.