Removed Shaikh due to inflation he’s causing today through policies as PPP’s finance minister in 2010-2013: Shibli 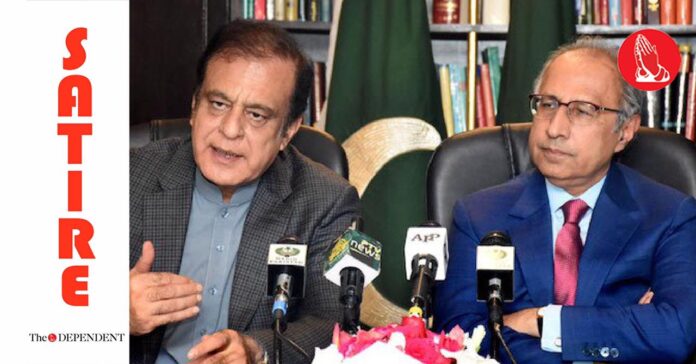 ISLAMABAD – The government on Monday decided to remove Dr Abdul Hafeez Shaikh from the post of finance minister and replace him with Minister for Industries and Production Hammad Azhar, Information Minister Senator Shibli Faraz confirmed.

According to Faraz, Prime Minister Imran Khan decided to bring in a new finance team in view of “the inflation that had taken place due to Shaikh’s actions as the finance minister from 2010 to 2013”

“All of you can see the inflation and the rising prices. As you all know these are all due to policies of the previous governments. And so we realised that these are directly caused by Hafeez Shaikh and his policies as the finance minister of the Pakistan People’s Party government,” Faraz told The Dependent.

The Information Minister further revealed that cabinet positions and even membership of the ruling Pakistan Tehrik-e-Insaf (PTI) are on the line for many, with the PM set to review how those around him performed in their previous parties.

Sources close to the premier have further revealed that an entire party deep performance review of the Muttahida Qaumi Movement-Pakistan (MQM-P) and the Pakistan Muslim League-Quaid (PML-Q) has been ordered after PM Khan learnt that these were the same MQM and PML-Q that had existed prior to the PTI’s 2018 election win.