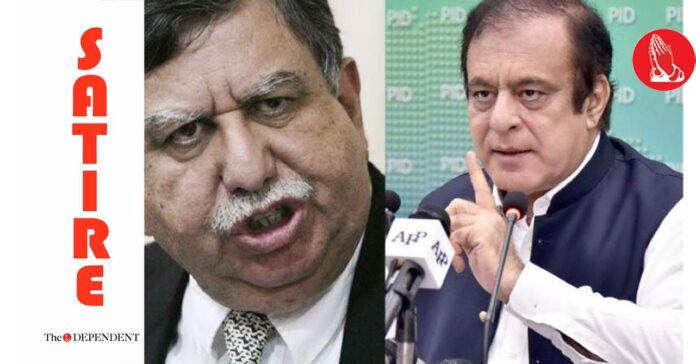 Faraz was referring to outgoing Abdul Hafeez Shaikh as the second PPP finance minister, and the soon to be announced Economic Advisory Council (EAC) Shaukat Tarin as the first.

“As I shared with you a couple of days ago the PTI government sacked Shaikh after his policies from 2010-2013 had begun causing economic damage. Now we hope to do the same in a couple of years’ time when Tarin’s policies from 2008-2010 begin taking similar toll,” Faraz said in an exclusive interview with The Dependent.

The information minister further confirmed that the PTI’s government plan all along has been to highlight how the past rulers have been responsible for the damage caused to Pakistan.

“That’s why we have brought them back into rule in order to show how they damage Pakistan for those who might not remember their actions from a decade or so ago,” added Faraz.

The senior PTI leader further confirmed that this strategy to highlight the past corruption is so pivotal for accountability in the country that they are willing to remove Tarin’s corruption cases, and eliminate any accountability process, just to ensure he takes over the economy.

“After being reminded of the destruction that former ministers caused Pakistan, by letting them do the same in front of the people of Pakistan one more time, I am sure the masses will never vote for them again, ensuring that PTI returns to power in 2023,” Faraz maintained.