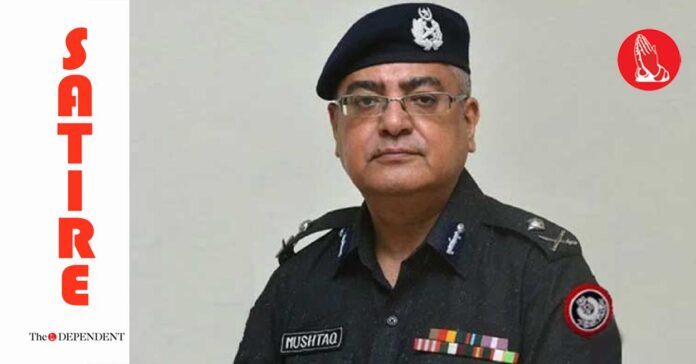 The Inspector General of the Sindh Police Mushtaq Ahmad Mahar was kidnapped early Tuesday morning by the authorities in a decisive and swift response to the violent protests by the activists of the Tehrik-e-Labbaik Pakistan.

“Yes, we have apprehended him from his home, as he was about to leave for his place of employment,” said Defence Minister Pervez Khattak, reading from a page. “This goes to show that the state can also hit back and hit back with determination and resolve.”

“Let this show that no one can be allowed to take the law into their own hands. Turn page,” he said, turning page, as instructed. “Since we have responded with force, we hope that all the concerned parties will start behaving reasonably till at least some time.”

Ruling Pakistan Tehrik-e-Insaaf MPA Khurram Sohail Leghari has retracted his by now famous challenge of a physical fight to the Assistant Commissioner of the...
Read more
NATIONAL

Assistant Commissioner Sialkot (city) Sonia Sadaf, was disappointed to wake up in the wee hours of Monday morning from a dream in which she...
Read more
NATIONAL

ISLAMABAD/BAGHDAD/RIYADH/TEHRAN: Pakistan has witnessed yet another diplomatic success as the country continued with its long-held position of mediating talks between Saudi Arabia and Iran....
Read more
- Advertisment -