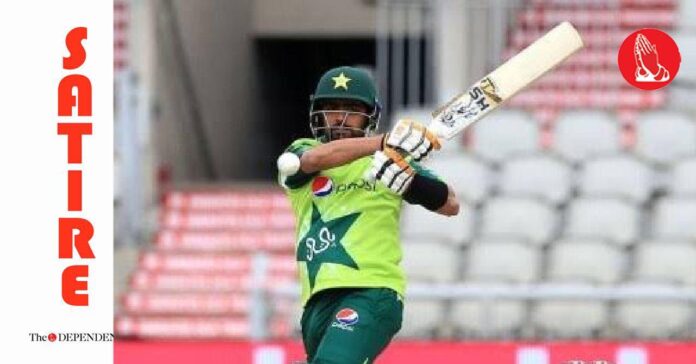 ISLAMABAD – Interior Minister Sheikh Rashid Ahmed on Wednesday announced that the government had decided to ban the critics of Pakistan’s captain and top batsman Babar Azam whose detractors and doubters have been carrying out violent protests across the social media platform for years.

In a tweet, he said the Babar Azam critics would be banned under Rule 11(b) of the Anti-Terrorism Act (ATA), 1997.

Rashid said the government had recommended a ban on the organisation of such groups which doubt or mock Babar Azam on the rare occasion he fails to perform for which a summary was being sent to the federal cabinet.

Addressing a news conference in Islamabad earlier, Rashid said Babar Azam come out of their caves whenever something regarding the Pakistan national team captain can be critiqued.

The interior minister further revealed that despite talks with the other side, Babar Azam critics issue instructions to their ideologues regarding closures and demonstrations across social media.

“They can be more prepared than us on the days Babar doesn’t perform but after today we’ve decided that a ban on Babar Azam critics will be placed and this file is going to the cabinet for the approval from today,” the minister said.