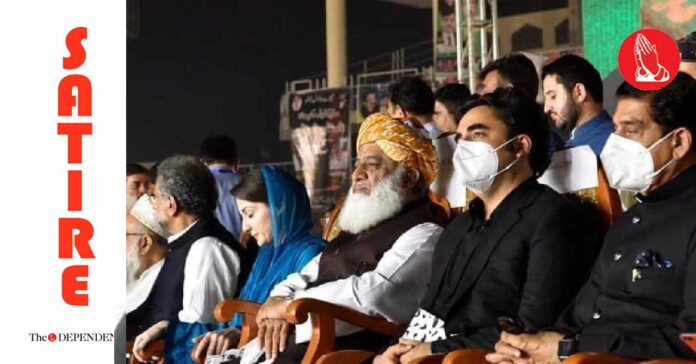 The opposition alliance PDM has said that this will be the final show-cause notice to PPP, with the subject of the official letter ‘tay faer main inkaar ee samjhaan?’ also the only line written in the notice.

PDM Secretary-General Shahid Khaqan Abbasi confirmed the development on Wednesday after attending a meeting of the PDM parties saying that the PPP has the final opportunity to remain a part of the opposition alliance.

“After tearing the previous show-cause notice, asking the PDM to apologise and officially resigning from the alliance, I as the secretary-general of the PDM am demanding a clear message from the PPP if they want to stay with the PDM or not,” Abbasi said while talking to The Dependent.

“If they tear this notice, demand an apology and say that they are resigning from the PDM, one more time, the PDM will take that as a subtle hint that they don’t want to be a part of PDM anymore,” Abbasi added.

After receiving the notice, Bilawal shared the video of tearing the previous show-cause notice in the PDM WhatsApp group, after exiting it along with other PPP members, sources within the PDM confirm.

Sources added that leaving the WhatsApp group was considered another hint by the PDM that PPP no longer wants to be a part of the opposition alliance.

At press time, group admin Abbasi was repeatedly adding Bilawal back in the WhatsApp group, after which the PDM secretary general’s number was blocked by the PPP chairman.