TLP and PTI have same objective but… no wait, our methods also same: PM Imran’s subconscious 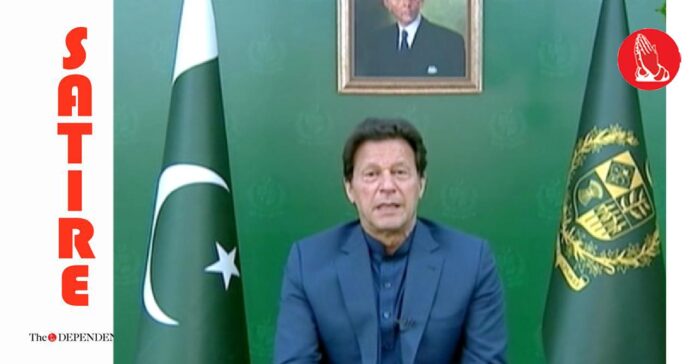 ISLAMABAD – Prime Minister Imran Khan’s largely quiet subconscious on Monday said although his party Pakistan Tehirk-e-Insaf (PTI) and the recently proscribed Tehreek-i-Labbaik Pakistan (TLP) had the same goal to rattle the government through street thuggery, their methodologies to carry out the plans, no wait, they are also the same.

“Their party is the only one which was founded by the establishment to pressurise civilian leaders… oh damn so is ours,” said PM Khan’s subconscious while the PM was delivering his address to the nation.

“I assure you that the purpose of TLP for which they’re bringing people out, that was my purpose as well and that of my party PTI. Only that the PTI never ever resorted to… oh, hang on, yeah we did,” added the subconscious

Khan further reaffirmed that governments should never be blackmailed, intimidated or threatened through street violence.

“The government should not be dictated by those on the street demanding their removal, that is something that the PTI would never thi… oh we did it longer than anyone else,” the subconscious said.

Khan added that despite the similarities of ambitions between the TLP and PTI, everyone should rest assured that “our methods are… bloody hell, they are exactly the same,” the subconscious concluded.

At press time PM Khan informed his subconscious that under no condition would his rarely surfacing inner voice of reason be given an NRO.