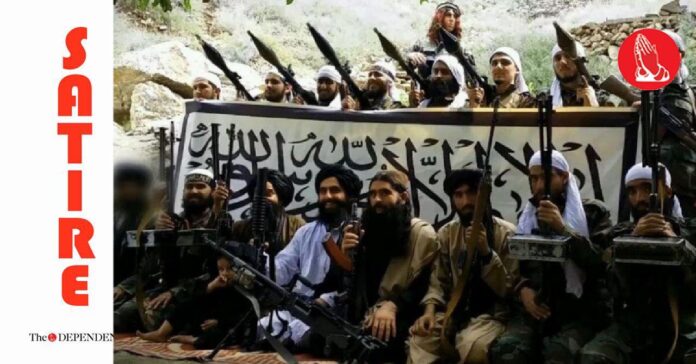 In a letter written by the TTP to the TLP, the latter has been urged to become a part of the top jihadist league which will feature the topmost brands and clubs in the world of jihad.

“We stand by the TLP and urge you to join us and fulfill our common goal of imposing Sharia and partaking in global jihad hoping to transform the world into Dar-ul-Islam. That is what the Jihad Super League stands for and we want clubs from the Barelvi League to join our lucrative plan,” reads the letter written by TTP spokesman Mohammad Khurasani, available exclusively with The Dependent.

“This move would also help us concentrate our resources within the elite group of jihadist clubs, and avoid sharing it with smaller clubs that are largely affiliates or just gravitate towards us to keep themselves relevant,” the letter added.

The Dependent has learnt that Isis, al-Qaeda, Lashkar-e-Jhangvi, Lashkar-e-Taiba, Jamaat-ul-Ahraar, Jundallah, Jaish-e-Muhammad, Haqqani Network, Harkat-ul-Mujahideen, Afgan Taliban, TTP have been confirmed as the founders of the Jihad Super League, with TLP expected to be the 12th club to join the core team.

“The benefit of being part of the core team is that you won’t be relegated for at least 10 years regardless of your performance,” Khursani further wrote in his letter to the TLP.

Sources further confirm that the JSL founders have also written to jihadist groups across the world, with Boko Haram, al-Shabaab, al-Nusra Front, Movement for Oneness and Jihad in West Africa, Islamic Movement of Uzbekistan also invited to join the super league, given the global reach of these clubs and their financial clout.

Critics however have warned that the creation of a JSL would detrimental for global jihad, especially damaging for smaller jihadist clubs.

“This is a war on jihad. And it is embarrassing for all of us. Points should be deducted and some of these big names should be relegated from the existing leagues,” remarked former TTP spokesman Ehsanullah while talking to The Dependent.