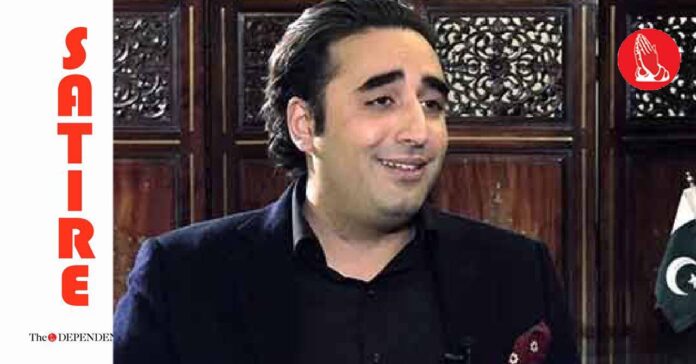 Talking to The Dependent after the final results declaring PPP’s Qadir Khan Mandokhail victorious in by-poll for the seat vacated by PTI’s Faisal Vawda, Bilawal said his party wasn’t even considering the original vanquisher of the seat in 2018 a competitor.

The PPP chairperson said his party is confident that it will fare much better in Karachi in 2023 and consolidate its control over Sindh. “Yes, after our recent struggles, I am absolutely confident of an overwhelming triumph in selection, I mean election, in Sindh,” he added.

However, Bilawal confessed he is not getting carried away and is looking to continue the aforementioned recent struggles to ensure triumph for PPP in future polls.

“Truth be told, if there’s democratic transparency the French ambassador could even beat PPP candidates in many of our seats,” he said.

- Advertisement -
Facebook
Twitter
Linkedin
WhatsApp
Email
Previous articleAnother foreign policy success as PM mediates between Saudi, Iran on Twitter
Next articleAC Sialkot disappointed to wake up from dream in which she had failed CSS exam