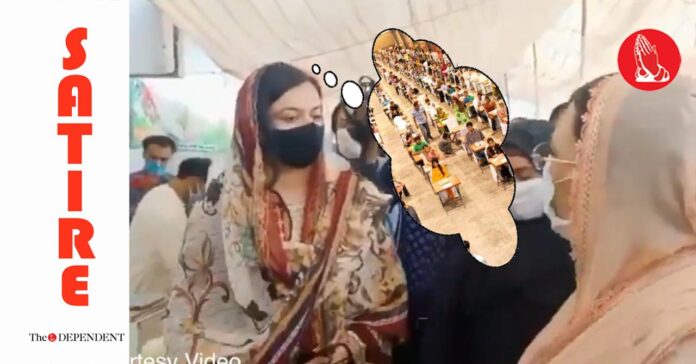 Assistant Commissioner Sialkot (city) Sonia Sadaf, was disappointed to wake up in the wee hours of Monday morning from a dream in which she had failed her CSS exams.

“Aw, crap,” she said drowsily, after realising that the dream scenario of her failing her European History optional subject’s exam for her CSS exam five years ago was not true. “It was so captivating, that dream…”

The 46th Common batch officer of the Pakistan Administrative Service (PAS) had already moved on to a successful subsequent career in digital marketing in a flash forward within her dream. “Was making decent money and the clients in the US were demanding, yes, but not rude.”

Till the uploading of this press report, the lady was looking at the floor silently for a solid 20 minutes before starting her day’s activity as the chief executive officer of the principal sub-district of the third richest district of the country.