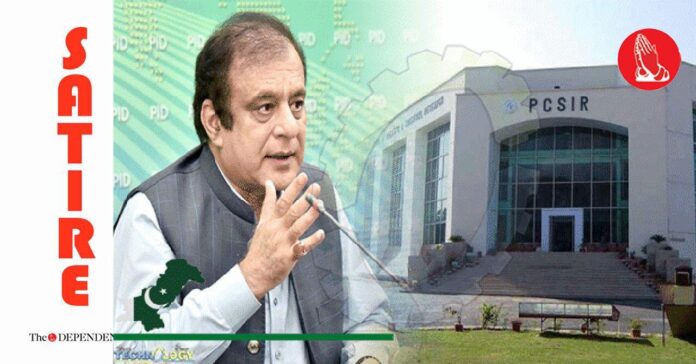 Sources within the Ministry of Science and Technology confirm that Faraz, who took charge of the ministry last month, has officially tasked the Pakistan Council of Scientific and Industrial Research (PCSIR) of ‘busting the myth’ that these molecules pass on any characteristics of a parent to the offspring.

“Look into this DNA [Deoxyribonucleic acid] nonsense and report back immediately!” was the message written and signed by Faraz on the order delivered to Dr. Syed Hussain Abidi, the chairman of PCSIR, a copy of which is available exclusively with The Dependent.

Sources assert this two-stranded DNA carries biological information which is replicated as and when the two strands separate.

Sensational claims by members of the ministry of science and technology say that the two strands, which run antiparallel to each other carry four types of nucleobases, whose sequence encodes genetic information which is passed on through generations.

“The science minister wants this myth, which has spread far and wide in the global science circles to be busted as soon as possible. He has burdened himself with this enormous task and wants immediate results,” a source inside the Ministry for Science and Technology told The Dependent.

“He doesn’t want to talk about anything else these days and is chasing after laboratories and scientists all the time. It appears to be something personal.”

Meanwhile, Federal Minister of Information and Broadcast Fawad Chaudhry, who swapped cabinet positions with Faraz last month, revealed that conclusive research into the double-stranded molecule reportedly being somewhere inside the human body was already carried out in his tenure.

“DNA is a complicated thing. Perhaps the science minister has not received a presentation about it,” he said while talking to The Dependent.

“However, under me Pakistan actually began producing DNA successfully. Someone needs to tell the science minister the utility of homemade DNA.”