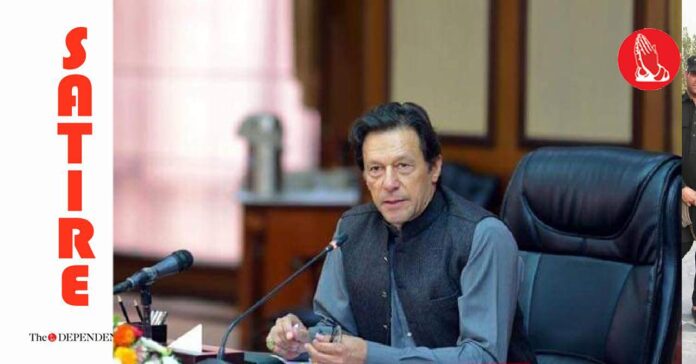 PM Khan, taking serious note of the recent European Parliament’s resolution to review GSP plus status of Pakistan, said the OIC should tell the European Union that it will now delink itself from it and create an EU of its own, Eeman-e-Ummah.

“We can also call it Eesaar-e-Ummah, if you think it has more ring to it,” the prime minister said presiding over a meeting with over 30 OIC ambassadors.

However, PM Khan insisted that regardless of what this EU stands for, it needs to guard all the interests of all the Muslim countries, regardless of their feasibility or logic.

“It is imperative that this Ummah waali EU grants unconditional GSP plus status to Pakistan and manages to ensure billions of euros worth of trade and aid that was given by the previous EU,” Khan told the ambassadors.

The Pakistani premier also maintained after creating a new EU, the Ummah should also create its own France.

“Again, a France that won’t allow blasphemy against Islam, but will continue to give us hundreds of millions of euros worth of financial assistance like the old France.”

After the OIC ambassadors didn’t replicate the enthusiasm of the premier vis-à-vis the creation of a new EU, PM Khan ordered a meeting of his cabinet ministers and senior Pakistan Tehik-e-Insaf leaders asking them to start working on creating a new OIC.