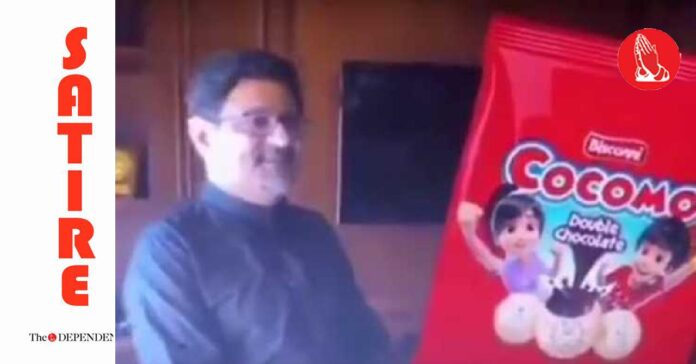 KARACHI: Formally unveiling the double chocolate revolution heading into the 2023 generation elections, former Finance Minister and Ismail Industries owner Miftah Ismail has said that as per the manifesto of Pakistan Muslim League-Nawaz (PML-N) Bisconni has decided to reduce the number of Cocomos in a single packet.

The number, three, now reflects the number of times PML-N Supremo Nawaz Sharif has been ousted as Pakistan’s prime minister without being allowed to complete his term.

“The moment you take out the Cocomos from your pack, we want you to instinctively feel the Cocomos saying, ‘mujhay kyun nikaala’” said Miftah while talking to The Dependent in an exclusive interview.

“As we’re already seeing through nationwide protests, the three Cocomos are doing precisely that to the masses, with consumers wondering aloud what the point of taking out Cocomos from the packet is anymore,” he added.

The senior PML-N leader said that these protests will gradually evolve into a movement to reinstate Nawaz Sharif as the democratically elected prime minister of Pakistan for the fourth time.

“That’s when you’ll see four Cocomos in a packet,” Miftah further informed this scribe. “And I stick by my word, when I say that a packet should definitely have five Cocomos.”