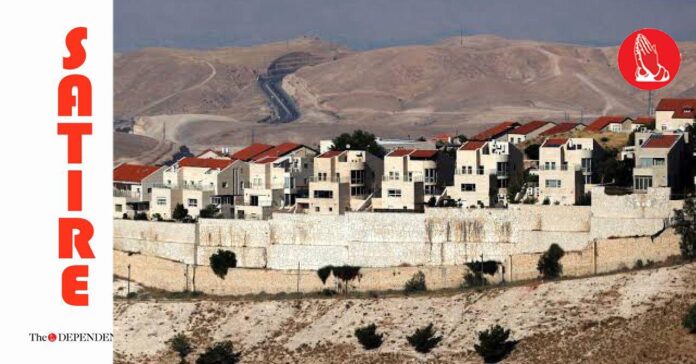 Israel has announced on Monday plans for making further settlements on the wrong side of history.

“Yes, these new settlements are further continuation of our great nation’s resolve to be, at every single stage, from conception till later, to be the sort of thing that will make subsequent historians scratch their heads,” said prime minister Benjamin Netanyahu.

“The latest settlements will go deep into the wrong side of history and will displace around 500 families and cause an immense amount of guilt in the descendants of the 100 other families who will move here,” said. Netanyahu.

“By descendants, I mean as early as their children,” he added.

- Advertisement -
Facebook
Twitter
Linkedin
WhatsApp
Email
Previous articleReduced Cocomos in pack now demonstrate number of times Nawaz Sharif ousted: Miftah Ismail
Next article‘Pakistan is to Saudi Arabia what you are to the chief who brought you here,’ MBS tells Imran