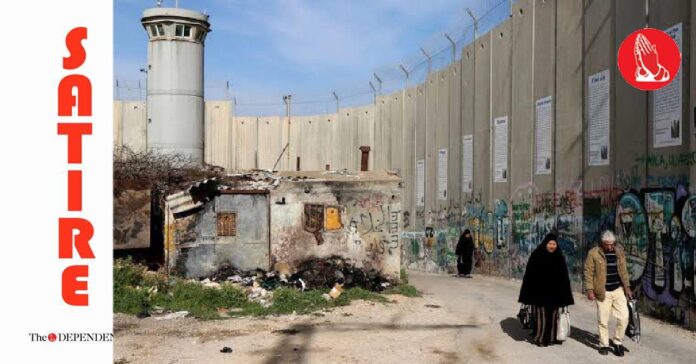 The White House said on Thursday that reports of a move toward a ceasefire in Gaza were encouraging, even as Israel threatened to step up strikes and Hamas rocket fire resumed after a pause, so that Gaza could go back to being a peaceful open-air prison not in the eye of the global news media.

Diplomatic efforts for a ceasefire gathered pace on Thursday after US President Joe Biden on Wednesday urged Israeli Prime Minister Benjamin Netanyahu to seek “de-escalation”, and a Hamas political official, Moussa Abu Marzouk, said he believed a ceasefire would be reached “within a day or two”.

“We envision a situation where Palestinian children can be (relatively) safe from Israeli artillery and airstrikes,” said White House spokesperson Jen Psaki. “and can die peacefully from malnutrition, water-borne diseases. So they can live out their lives peacefully in the discomfort of their own homes where they can be with their families and the unyielding sense of despondency that doesn’t go away even when their eyes are closed and are in deep sleep.”

- Advertisement -
- Advertisement -
Facebook
Twitter
Linkedin
WhatsApp
Email
Previous article‘Antisemitism would be if I praised the great Hitler which I’m not stupid to do,’ Qureshi schools CNN host
Next articleIsrael, AP sign accord for two-news-agency solution with New York as joint headquarters