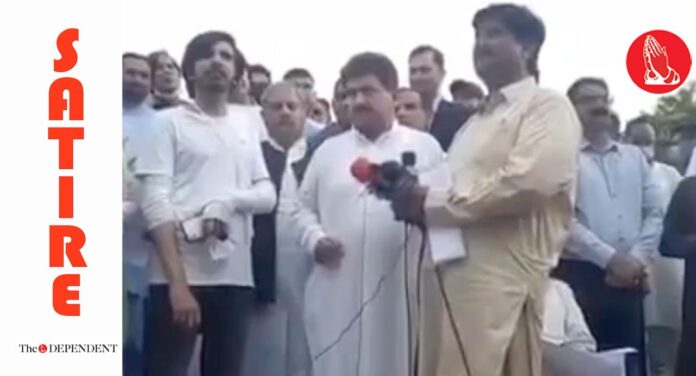 Veteran Pakistan journalist and political talk show host Hamid Mir has announced plans to start an Only Fans page where he will tell only paying customers what exactly he meant by his revelations at a protest held in solidarity with journalist Asad Toor, who was attacked earlier.

“Well, as I had mentioned in my speech, I might lose my job because of my revelations now,” he said, while speaking exclusively to The Dependent in the last of an unpaid exclusive unpaid exclusive. “So when I saw an insane amount of curiosity about that bit about the officer being shot, I thought hey, I could use the money.”

“This has given me a lot of ideas, actually,” he said. “I have a lot, and I mean a lot, of such stuff. You have no idea what sort of stuff these guys tell me about each other just for…I don’t even know why they tell me this stuff.”