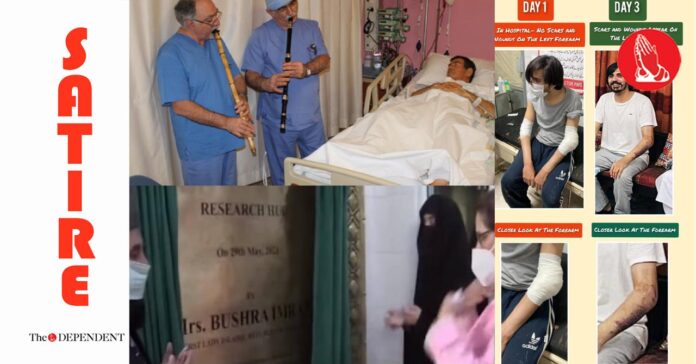 The first ever batch of the MBBS program of the recently inaugurated sufism-science institute, the Shaikh Abul Hasan Ash Shadhili Research Hub, has concluded that journalist Asad Toor has been lying about the injuries that he sustained at his residence when he was allegedly attacked by operatives of the intelligence agencies.

“It is so clear,” said Saad Hassan, topper of the 6-hour MBBS program. “All the telltale signs of a fake injury are here. In fact, here, I have a photograph of Asad Toor laughing at a private event. How can a man who has been hurt laugh for a minute a couple of days after the incident?”

“…sorry, this was a photo from his birthday ten years ago, but the principle still stands,” he added.

He was not alone in his views.

Upon reaching the Pakistan Medical and Dental Council (PMDC) to enquire about the legal status of the Shaikh Abul Hasan Ash Shadhili Research Hub’s MBBS degrees, The Dependent found that the Board was an all-expenses-paid trip to the northern areas arranged by the Punjab Agriculture Department.