Nation worried if its only living Nobel laureate will get married 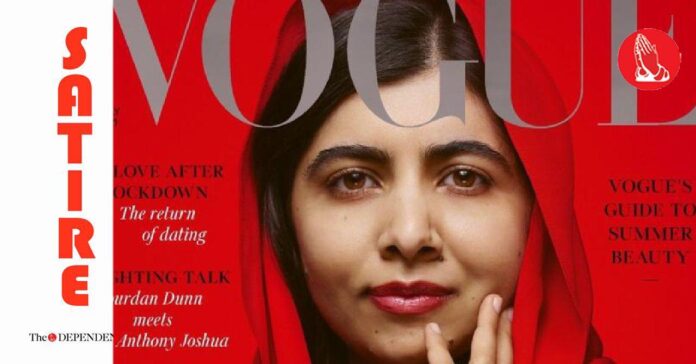 RISHTABAD — Continuing its ages old tradition of always considering what’s actually best for its daughters and indeed for its own self, the nation this week collectively expressed mounting concern that its only living Nobel laureate might never get married.

Speaking aloud as it quite often does, the nation wondered if the already 23-year-old might be too old for marriage in a country where nearly a fifth of the girls are married away under the age of 18, around the age the laureate was busy winning the needless Nobel Prize.

“At 23 she is already beyond the sell-by date, now she is telling strangers in a foreign land that she doesn’t want to get married at all. Now who will ever get married to her?” asked the perpetually anxious nation about only the second person to win the Nobel Prize in the country.

“We’ve already kept asking her to leave based on her gender coupled with how she is the living embodiment of a female challenging everything that makes us worried and anxious in the first place. By refusing to get married she might have stepped closer to the formalisation of that exit,” explained the nation.

“No, her defence of the dupatta and other dress codes mandated for women in our society, can’t save her,” the nation reiterated.

According to sources, the nation’s collective rishta aunty had given up hope that a suitable match could be found for someone who has defamed the country by talking about, and funding, education for girls, which would produce more unmarriageable women devoid of the marriage material needed to sustain a Pakistani marriage.

Sources also confirmed that all unmarried women expressing support for the unmarried Nobel laureate have been dropped down the pecking order at marriage bureaus, where many of them had been placed by their parents without their knowledge.

At press time, the nation was still telling its only Nobel Peace Prize winner how peaceful relationships can’t be formed without divine approval and antediluvian rituals.