Madrassa clerics to be replaced by robots as part of automation, anti-rape initiative 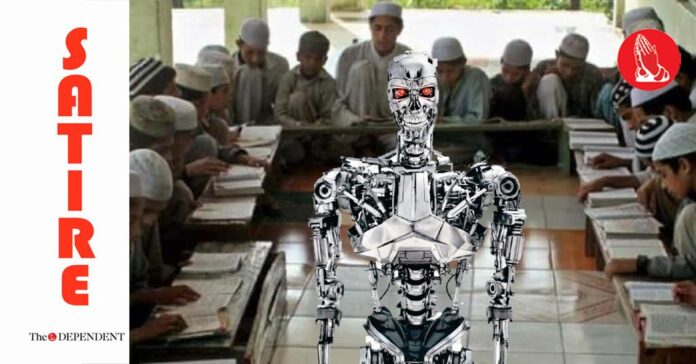 ISLAMABAD: The government of Pakistan has decided to replace all the clerics teaching and managing the nation’s government and private madaris as part of a massive joint automation and anti-rape drive.

“We know that only robots are unaffected by revealing clothing,” said Prime Minister Imran Khan while kicking off the massive initiative. “And since we know that the kids at the madaris cannot help but dress provocatively, we have decided to replace all of the madaris clerics with robots.”

The move has been criticised far and wide, as most automation initiatives are, for the massive amount of unemployment that it will cause.

“Well, since the initiative is being taken because the madrassa kids are not dressing properly, the government has decided that these kids are going to pick up some of the slack. So they should go to these clerics’ houses and help them out a bit with the housework and kitchen stuff. Basically, just spend a couple of hours there every day.”