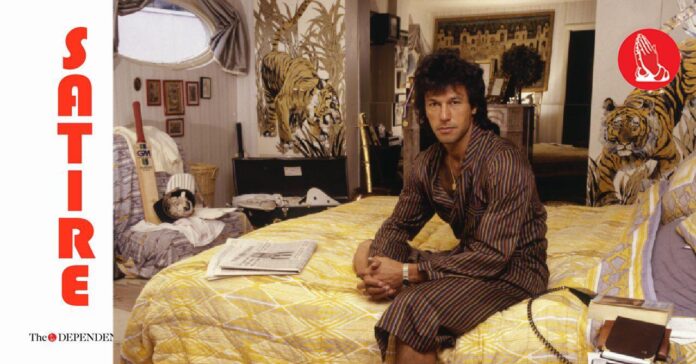 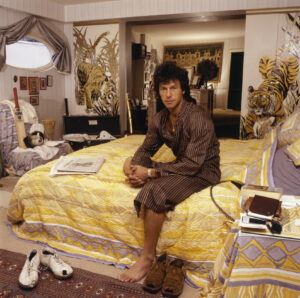 LAHORE/ISLAMABAD: Spiritual scientists from Shaikh Abul Hasan Ash Shadhili Research Hub for Sufism, Science and Technology have attained conclusive evidence that Prime Minister Imran Khan’s current state of mind is a result of the impact caused by the limited number of clothes worn in his Knightsbridge flat in London during the 1980s and early 1990s.
The spiritual science institute inaugurated by the first lady Bushra Bibi has provided empirical evidence that PM Khan’s mental state is a causal reality that can be described in two basic steps: the first where he enjoys the company of women wearing certain kind of clothes and the second where he believes that women exercising their choice to wear those clothes would be worthy of being assaulted.
“If a woman is wearing very few clothes, it will have an impact on Imran,” was the conclusion of the research done on the premier’s state of mind, which PM Khan paraphrased during the interview, where robots were also mentioned to emphasise that Shaikh Abul Hasan Ash Shadhili Research Hub is also tech savvy.
The research monitored the behaviour of robots to a wide range of clothes, and concluded that it depended on the data fed to them.
However, researchers at Massachusetts Institute of Technology have informed The Dependent that the same is also true for humans, and hence men.
“If you tell men that women wearing less clothes will tempt men, that is what will happen. If you tell men that women wearing any kind of clothes should all be treated equally, that is what will happen. Funny how, at the end of the day, humans are like robots that way,” said Kristine Dery, a research scientist at MIT, while talking to The Dependent.