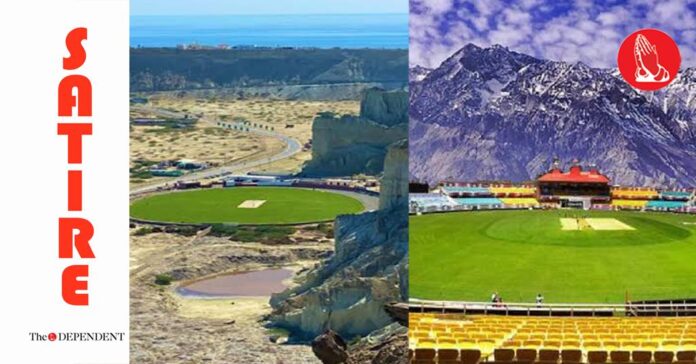 UNDISCLOSED LOCATION — The Taliban are willing to play in cricket stadiums in Gwadar and Gilgit-Baltistan, The Dependent has learnt. In conversations with the The Dependent, Taliban leadership have revealed that they find both picturesque stadia alluring, and hope to make both grounds even more attractive for everyone in Pakistan by playing there.

“Yes, we are ready to play there,” said the Tehrik-e-Taliban Afghanistan spokesman Suhail Shaheen, while talking to The Dependent.

“The view indeed is beautiful, and the grounds are big enough to fit in our squads for training and other camps,” he added.

When asked for confirmation that the group intends to play cricket in the stadiums, Shaheen replied in the relative affirmative.

“Yes, that too,” he said. “In fact, we hope to participate in the Pakistan Super League next year. We’ll definitely be an outsider,” the Taliban spokesman added.

“I’m sure we’ll all be drafted as foreign players. Our participation in the league will further boost the return of international sport.”

In this regard, Shaheen maintained that the Taliban also hope to play football in the picturesque stadia with the mind-blowing backdrop.

“We can definitely make use of all that lush green grass. I notice that there are many footballs deployed in the area,” he said.

“And once we’re there, we’ll be organising our own tournaments, franchise leagues and other sporting activities.”