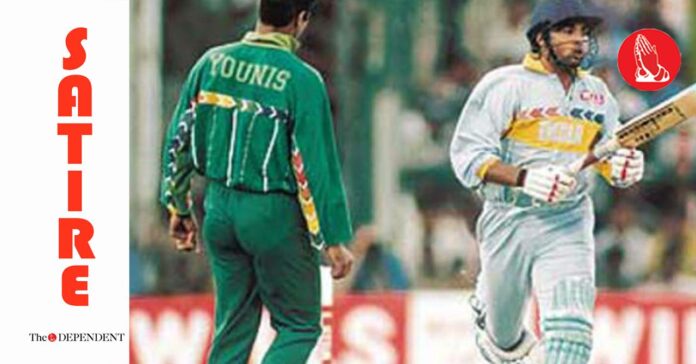 BIRMINGHAM: Pakistan cricket team’s bowling coach Waqar Younis has congratulated his bowlers for replicating him. The fast bowling legend, and one of the greatest pacers of all time, has expressed pride in the fact that Pakistani bowlers are repeating his spell from the 1996 World Cup quarterfinal on a frequent basis.

“I am proud of the boys for learning so quickly and imitating my bowling. It’s amazing to see that they are now regularly bowling my 1996 Bangalore spell,” said Waqar in an exclusive interview with The Dependent following Pakistan’s 3-0 defeat to England in the ODI series.

Pointing towards the 332-run record chase at Edgbaston that England successfully completed against Pakistan on Tuesday, Waqar said the performance was a culmination of effort and epitomised where Pakistani pacers stand today.

“Note that the Bangalore spell against India is hard to follow given that my career is full of contrary bowling performances,” the Pakistan bowling coach said.

“It has required time and effort to reach a stage where such a rare bowling effort is being reproduced on a regular basis. And it looks likely to continue as long as I am around.”