‘Only interested in cashing in on genocidal hatred against your religious community,’ Maryam schools Jemima 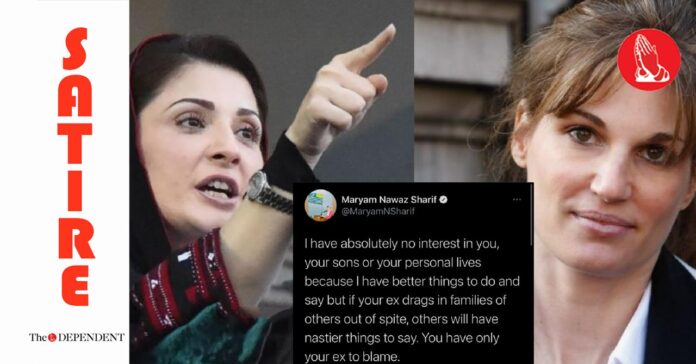 “I have better things to do and say, but I will still spend my time and energy spreading bigotry against you, your religion and your identity, especially ahead of a crucial election later this week,” the PML-N leader further clarified.

Maryam Nawaz also told Jemima that while she would probably be spreading virulent hatred against Jews anyway since it would get her political points, but because Jemima’s ex happens to be the greatest rival of Maryam’s father, she has the additional inventive to be anti-Semitic.

“If your ex marries into Jews, his rivals will have nastier things to say than those already saying nasty things about your community,” Maryam said.

“You only have your ex to blame.”