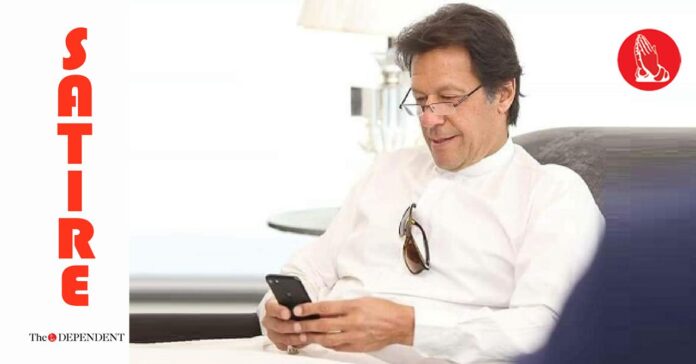 TEL AVIV/KABUL/AABPARA: After a global investigation revealed that Pakistan Prime Minister Imran Khan was targeted using the Israeli-made Pegasus spyware program by clients of the NSO Group cyberespionage firm, The Dependent’s investigation into the investigation has unveiled texts received and sent via PM Khan’s phone.

A leak of the leak, available exclusively with The Dependent, reveals texts by a frequent sender whose number was saved as ‘Chief’. One text sent from the number reads the following message: “Final: Recognising Israel after recognising Taliban govt. 2022 launch.”

A number of other encrypted messages have been sent from the ‘Chief’ number which only ever receives ‘Okay, boss’ or ‘Yes, boss’ as replies from the PM. Another message from April reads: “Prepare: Balancing Jews in Tel Aviv, Jihadis in Kabul.”

The mostly one-way conversation with ‘Chief’ covers a wide range of topics exhaustively covering the daily routine of the PM, with a special focus on his statements, both short and long-term.

- Advertisement -
Facebook
Twitter
Linkedin
WhatsApp
Email
Previous article‘About to take over Pakistan with its consent’, confirms China
Next article‘Only interested in cashing in on genocidal hatred against your religious community,’ Maryam schools Jemima