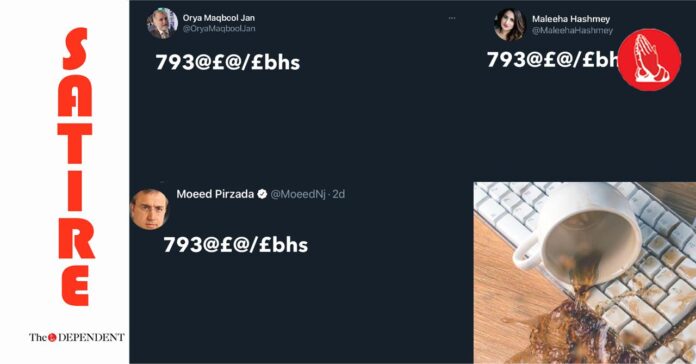 A total of 59 prominent and smaller twitter accounts tweeted ‘793@£@/£bhs’ after an intern accidentally dropped his cup of tea over his keyboard.

“Oh shit,” said the intern after the full cup of tea bounced off his keyboard and shattered on the ground beneath the desk.

Though some twitter followers of theirs replied, asking what the cryptic message read, these were outnumbered by the followers who tweeted ‘well said’ and similar messages.

Meanwhile, the intern expressed his dismay at how long the janitor was taking in cleaning the mess from the floor and also how long IT department was taking in getting a replacement keyboard.