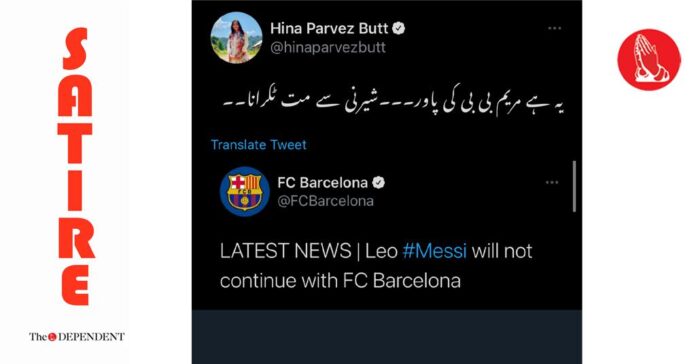 In a coded message that has sent shockwaves from the military establishment to La Liga, the PML-N MPA unveiled the influence of Maryam Nawaz’s narrative, which is doing the seemingly impossible on a frequent basis.

Sources within the PML-N confirm that the move has further divided the party between the Nawaz and Shehbaz camps, with the latter interpreting it as an attack on their reconciliatory narrative.

It is pertinent to mention here PML-N President Shehbaz Sharif is a huge Messi fan, with @CMShehbaz on Dec 11, 2012 tweeting:

“86 goals (record!) and counting – Messi proves that he is on his way to become the greatest footballer of all times.”