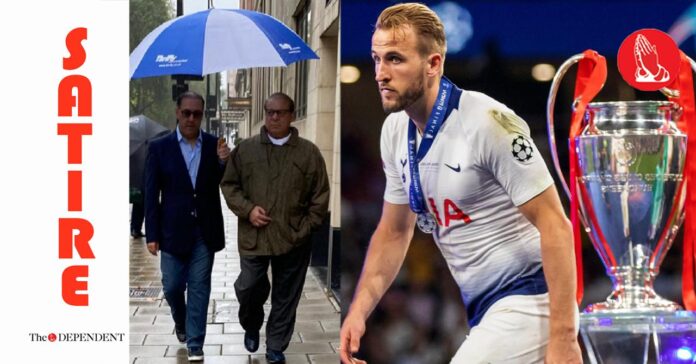 LONDON: After the UK Home Office rejected the visa extension request of former Prime Minister Nawaz and Pakistan Muslim League-Nawaz (PML-N) Nawaz Sharif, a new visa application has been submitted requesting that the applicant be granted the right to stay till Tottenham Hotspur win their next trophy.

The visa application, a copy of which is available exclusively with The Dependent, says that the former premier wants to see Spurs win silverware in front of his own eyes at the new Tottenham Hotspur Stadium in London.

“It is stated that my father, Muhammad Sharif, was a lifelong Spurs fan and he passed on the love for the club to his children, and we have passed it on to our children and grandchildren,” notes the visa application.

“My father watched Jimmy Greaves, I was a fan of Glenn Hoddle — the player, not manager — my sons have followed Gary Lineker and Paul Gascoigne, and my grandchildren are watching Son Heung-Min and Harry Kane—who’ll leave in a couple of weeks, but still,” adds the application further requesting that Nawaz be given the chance to witness the club his family has supported for four generations, and counting, winning a trophy.

Immediately after the visa application was submitted the PML-N President and Opposition Leader Shehbaz Sharif announced a press conference for Tuesday where, sources claim, he will formally declare his affiliation with Arsenal.

Sources further confirm that Shehbaz, as PML-N president, will officially declare the party’s policy on all matters, including Nawaz’s visa extension which he will personally request the UK Home Office to deny unless Arsenal sign Lionel Messi.