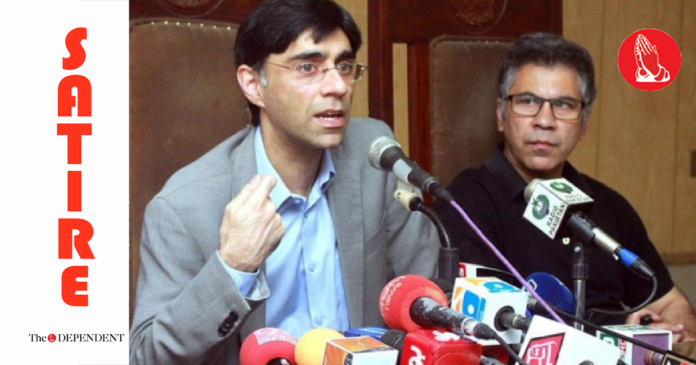 ISLAMABAD – Calling Afghanistan government’s move to remove Chief of Army Staff Lt Gen Wali Mohammad Ahmadzai from his post a ‘direct attack on Pakistan’s sovereignty’, National Security Adviser Dr Moeed Yusuf has said that Pakistan will not accept a ‘forceful takeover’ at the helm of the army.

“I am not one to mince my words, unless I am told to do so. This is an attack of Pakistan’s integrity, stability, values, culture, tradition, and a personal attack on my job,” the NSA said during a hurriedly assembled press conference on Wednesday night.

“We have been seeing a very conscious, deliberate effort by the Afghan government to scapegoat Pakistan. Now Afghanistan is using Afghan soil to sack army chiefs. This is a clear act of crossborder terror against Pakistan,” Yusuf added while talking to the media.

“Such acts can lead to volatility that Pakistan has long been working against. God forbid, you might see elections in Afghanistan where people actually decide who gets to run the country,” Yusuf told a visibly jolted audience.

“We will do everything to ensure Afghan soil isn’t used to target chiefs, whom we’ll protect at all costs.”