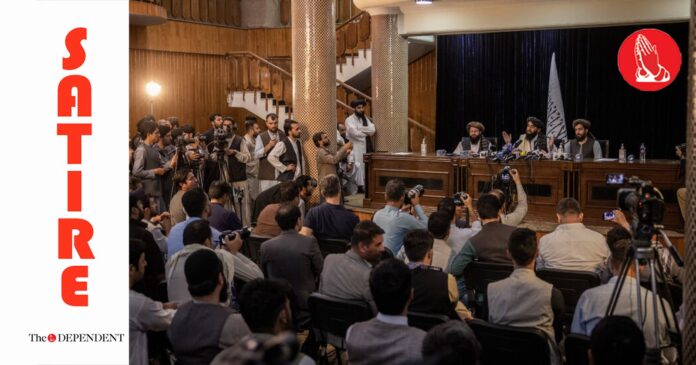 WOKEABAD: Silently entertaining a sentiment of confusion with regards to the leaders of the recently triumphant decolonising movement, a vocal social justice warrior Tuesday continued celebrating the defeat of the colonialists slightly puzzled about the lack of diversity on display at the group’s first press conference since expelling the imperialist forces.

“I don’t want to, you know, assume anyone’s identities, but they all, you know, sort of, look like belonging to the same gender, sexuality, colour, and religion,” the person said while talking to themselves in their own subconscious, wishing anonymity citing a lack of surety about who they really were at that given point in time.

Sources within the passionately woke individual’s subconscious have informed The Dependent that they made it a point not to express those concerns aloud so as to not offend their peers, or come across as any variation of un-woke.

“Perhaps it’s their culture, and I should respect that. Maybe I’ll soon be educated and learn that this too is an exhibit of liberation that my privileged self cannot fathom. I don’t want to be labelled a phobe,” they further communicated to themselves subconsciously.

At press time, the individual was dealing with further perplexities regarding the decolonising group’s seeming enforcement of its own ideological imperialism, as gathered by the subtitles of the press conference.