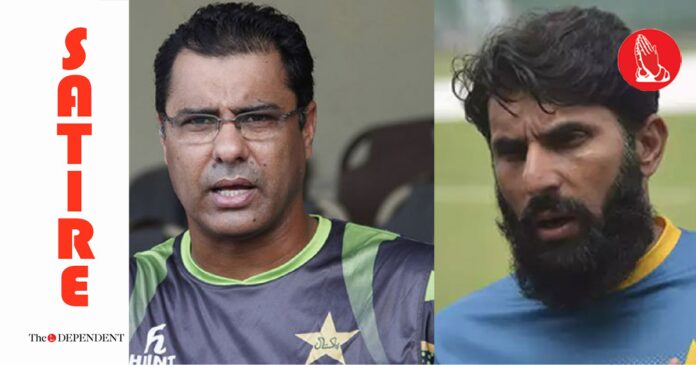 LAHORE: In a follow-up joint statement issued by outgoing coaches Misbah-ul-Haq and Waqar Younis, the duo have confirmed the real reason behind their sudden decision to resign.

The statement issued to the media minutes after their official resignation confirms that the timing of move was to facilitate the team management in their upcoming challenges.

“Everyone knows that we haven’t resigned, per se, but were categorically told to leave and hence have issued that covid bubble hogwash as the ridiculous reason for the resignation,” the statement reads.

“But since it has already been decided on our behalf that we are ‘resigning’, let us give a more credible reason for the resignation,” it adds.

Misbah and Waqar go on to reveal in the statement that they wanted to give the next management the time they need to meet their goals.

“The less time the better in this case, since the goal would be to justify the failure in the upcoming World Cup. We decided to provide them the perfect excuse by stepping down just a month before the tournament,” the statement clarifies.

“In fact, we would provide the excuses for the failures for the next decade, given that I am still being blamed for the wrongs of Pakistan cricket, over four years since retiring as a cricketer,” added a personal note by Misbah-ul-Haq.

Pakistan Cricket Board (PCB) sources have confirmed that now with Ramiz Raja about to take charge, the next coaching team would have to prove that they can talk their way out of any situation.

“Thanks to the Prime Minister, the PCB is now assembling a new management of talkers,” said a PCB official while talking to The Dependent.