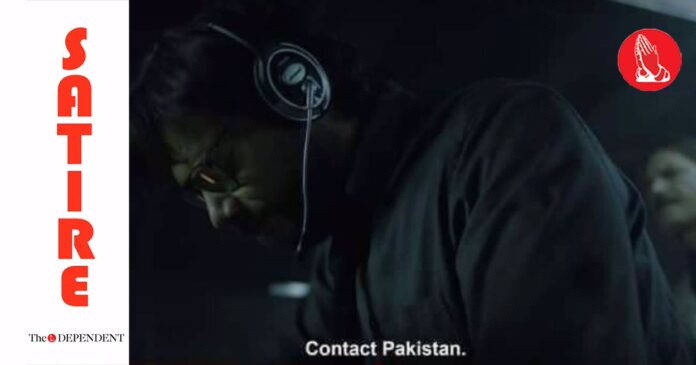 ISLAMABAD: Most of the aficionados of the Netflix blockbuster La Casa De Papel, or Money Heist, would have already seen the first half of Season 5 released on September 7. Therefore, it wouldn’t be any fun giving spoilers of the first five episodes of the fifth season, with even those spoilers having become mainstream everywhere.

Staying ahead of the game, in all realms, including entertainment, The Dependent has decided to publish the spoilers of the second half of Season 5, ie the finale.

As already underlined in the headline — so that you don’t miss the main spoiler, and it becomes obvious that we are super cool to have watched the season finale before anyone else — the show will end with everyone dying. The reason? Well the ‘Pakistan Connection’ that Lisbon asks Professor to connect with in Season 5, Episode 4 with 24:57 remaining of the episode, is never found.

After the Professor repeatedly fails to connect to the Pakistan Connection, he figures out, as the masterful calculator that he is, that the Pakistani IT team, doctor and pretty much anyone that can pull off a heist in the country, is busy robbing Kabul.

Here it is important to tell the fans that Kabul here means the city, the capital of Afghanistan, not a new robber named after the city. However, The Dependent exclusively spoke with Álex Pina and can confirm that after a South Korean version, an Af-Pak rendition of Money Heist will also be created with names of the robbers taken from places in Afghanistan and Pakistan.

The Dependent can confirm the Professor’s character will be called Aabpara. As already confirmed by The Dependent last year, the rendition would also include an invincible character Garhi Khuda Bakhsh. Sources have also confirmed that a revolutionary chameleon Raiwind and a pied piper Bani Gala are also among the characters.

Moving back to the Money Heist finale, the Professor discovers that the Pakistani Connection is part of a much bigger heist in Kabul. It is revealed that the connection is helping rob not just a money minting place or a bank, but an entire country.

Knowing that he couldn’t compete with a heist so massive, the Professor realises that the Pakistan Connection wouldn’t show up and resigns to the fate of his team being taken out by the army. The Spanish army that is.