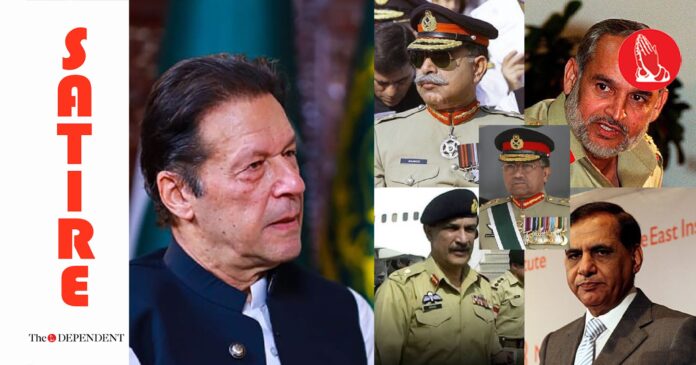 Prime Minister Imran Khan said in an interview with CNN on Wednesday that there were way too many members of the Kakulia tribe living in Pakistan and it would be nearly impossible to find out which ones from them is responsible for treason.

“I am surprised at the ignorance of the people on this issue when they accuse me of being soft on this tribe,” he said, while speaking to the CNN’s Becky Anderson. “Yes, I’m not denying that treason is a serious crime. Well, at least not yet, but the fact is that we have these limitations! It’ll be like picking an oath-violator in a haystack!”

“And how to we decide who the traitor is? The senior members of the tribe, calling the shots? The relatively junior ones? The more junior ones still? The ones who opened the doors? The ones who cooked for them?”