Psychological, arithmetical barrier of 1100/1100 might be breached soon, Mardan Board scientists warn 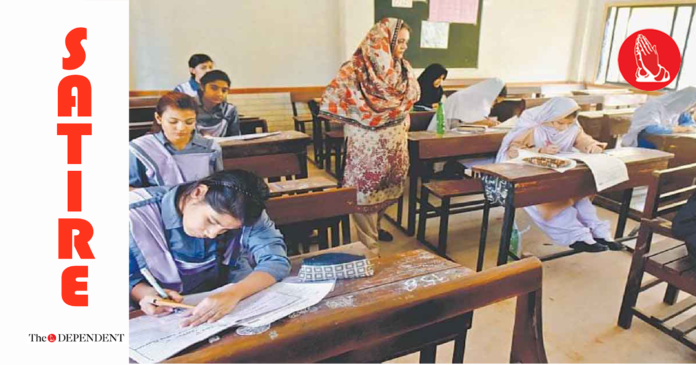 Scientists at the Mardan Board of Intermediate and Secondary Education have warned that if efforts are not taken, the psychological and arithmetical barrier of scoring more than 1100 marks out of 1100 total would be breached.

“A serious situation can arise at both the matriculation and intermediate level,” said Dr Ilyas Hassan, lead scientist at the MBISE. “This breach can result in a threat level classified as 5/4.”

“Yes, I know, we need to correctly calibrate our thread level grading as well, because no one takes our warnings seriously now,” he said.

The scientists say that the Mardan Board is already close to entering the Axact Vortex where they say that any document they issue might lose relevance.

Board management itself, however, rubbished these concerns.

“Nonsense,” said MBISE Deputy Director Muhammad Sohail. “These kids are scoring high because of their hard work. I can testify to it. My nephew worked very hard.”