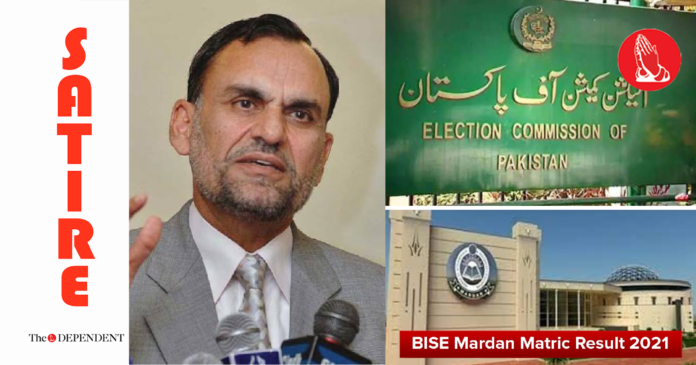 The ruling Pakistan Tehrik-e-Insaaf (PTI) has proposed that since the Election Commission of Pakistan (ECP) has become controversial, the results of the 2023 general elections should be compiled by the Mardan Board of Intermediate and Secondary Education.

“Look at these two organisations,” said railways minister  Azam Swati. “On once hand, we have the ECP, which has proved to be an incompetent body. On the other hand, we have the Mardan Board, who are constantly getting better and better results.”

“Add to this, the fact that the ECP is also controversial now because I say so, then the choice is clear: we should let the board compile the results,” he said.

“It is for everyone’s benefit,” he said.

“The only other body that I think could do an even better job than the Mardan Board is the PTI’s internal election commission for intra-party elections, but the other parties might object,” he said.