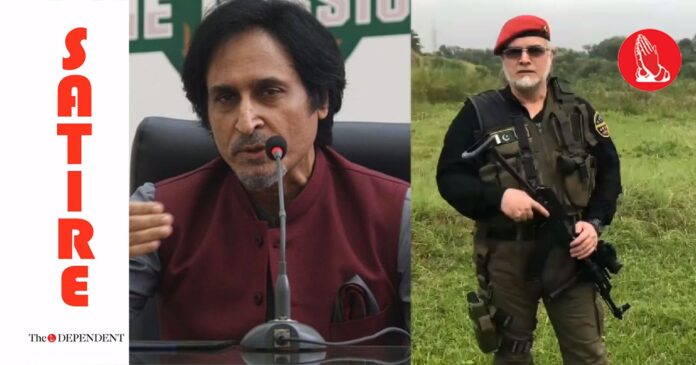 LAHORE: Pakistan Cricket Board (PCB) Chairman Ramiz Raja has announced the appointment of veteran marksman and aggressor Zaid Hamid as the head coach for next month’s World T20.

The announcement comes days after Raja had asked Pakistan cricketers to release their anger on the teams participating in the World Cup and to prove themselves on the battlefield.

Zaid Hamid will now work with the recently appointed Australia’s Matthew Hayden and South Africa’s Vernon Philander as coaches in the next month’s 20-over World Cup, which Pakistan won in 2009.

“Hayden and Philander will look after the batting and bowling of the cricketers, while Zaid Hamid will make them battle-hardened and prepare them for war,” Raja said in the official statement released by the PCB.

“While Zaid Hamid has unprecedented experience dealing with India and has served in Afghanistan, this week he also became the first to find the link between the Black Caps and Blackwater,” added Raja, referring to the three teams Pakistan will encounter in their World T20 group.

“Of course we expect to thrash these three and then be prepared to do the same to whoever comes next,” the statement continued.