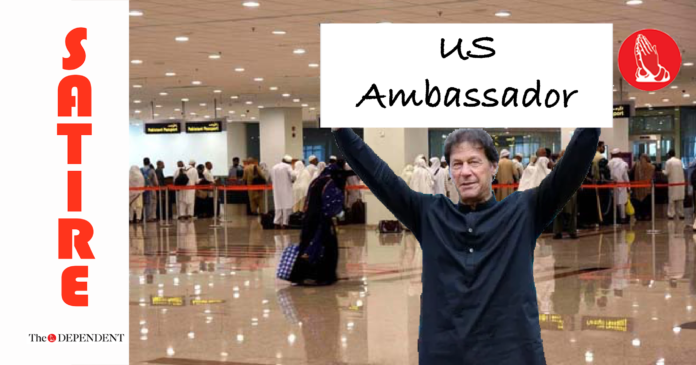 Soon after it was announced by the Biden administration that it had appointed Donald Blome as US Ambassador to Pakistan, reports started surfacing that Prime Minister Imran Khan had reached Islamabad airport’s arrival area holding a sign saying “US Ambassador”. Sources later confirmed to The Dependent that the premier had in fact skipped a crucial cabinet meeting and rushed to the airport to receive the senior US diplomat.

When asked why the PM felt it necessary to personally go and pick the ambassador who would probably want to be received by his team at the embassy in the capital, Federal Minster for Information Fawad Chaudhry simply explained, “the PM does not share or discuss every move or decision he makes with us. He sometimes just does stuff and I think it is this spontaneity that makes him the sort of leader that he is today”.

“It was quite surreal. There I was waiting to pick up a customer and before I knew it, the PM was standing next to me. Amreekawaali time par hai he asked me” said one taxi driver.

At press time, our special airport correspondent reported that the PM was still present at the airport, sign in hand, while our special diplomatic enclave reporter confirmed that Mr Blomehad reached his official residence and was resting after a 14-hour flight.