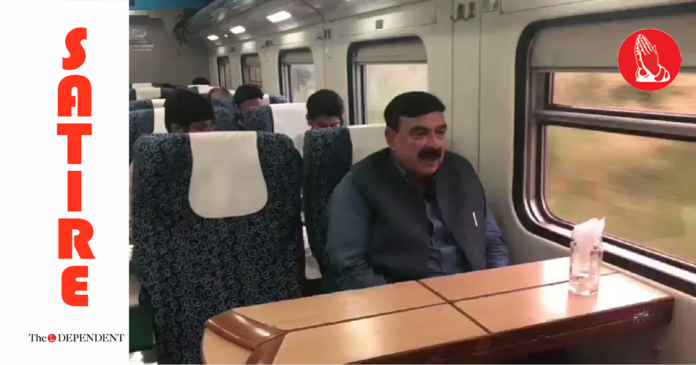 PINDI – A local Pindi boy has cut his weekend getaway short after realising that he had totally forgot that his buddies from Lahore are going to be crashing at his place this weekend, The Dependent has been informed.

The Pindi boy was informed that the gang was coming not through any DM or message in their common WhatsApp group but simply while scrolling through the social media feed, where he saw his friends posting everywhere that they were about to embark on the ‘crazy road trip’.

“Even when I was half way through my journey I kept thinking I was forgetting something. That’s when all of a sudden I saw the boys everywhere, on Facebook, Twitter, Instagram, WhatsApp stories, and I realised that hang on, it’s time for our annual autumn fest,” the Pindi boy told The Dependent on his way back home.

Confirming that he’s a pal like no other, a yaaron ka yaar, the Pindi boy said once he realised it was a commitment that the whole group had made, he was always going to come back and join the boys.

“It’s not because they simply have to crash at my place. I would do the same if I had to go out of town. You just don’t back out of commitments made with the gang,” the Pindi boy maintained.

“After all, bros before who… soever might be trying to put our friendship to the test.”