Comment on Pakistan’s cricket triumph was to tell TLP that Islam had already won: Sheikh Rashid 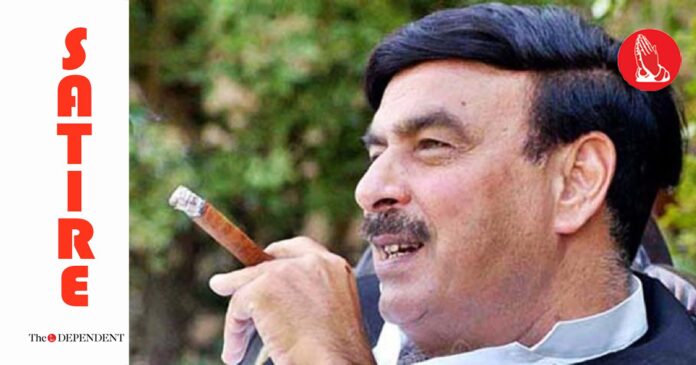 ISLAMABAD: Federal Interior Minister Sheikh Rashid said on Tuesday that he dubbed Pakistan’s win over India at the ICC World T20 ‘triumph of Islam’ was a part of the government’s strategy in dealing with the proscribed Tehreek-e-Labbaik Pakistan (TLP).

Talking to the media, Rashid said that the government’s think-tank sat together on Sunday and decided to make the most of the two most prominent developments at the moment, Pakistan’s historic win and TLP’s violent thuggery.

“I said Pakistan beating India at the World Cup is a victory of Islam because, first and foremost, it is,” said the federal interior minister while talking to the journalists.

“Secondly, it also gave us a reminder to remind our friends who have been proscribed, not banned mind you, that Islam had already won,” he added.

Rashid said talks with the TLP were successful because of the government’s expertise at dealing with such scenarios and a master plan that was devised in no time.

“Once it was already established that Islam had already won, the TLP had no reason to protest on the streets, break anything, kill anyone or terrorise any nation,” said Rashid.

“That and we released hundreds of TLP members and withdrew cases against them as a bit of a sweetener in the deal.”

- Advertisement -
Facebook
Twitter
Linkedin
WhatsApp
Email
Previous articlePindi boy cuts weekend getaway short after finding out gang taking road trip to crash at his place
Next articleRandom man who mocks army, ISI chiefs via video link from London has nothing to do with PML-N: Shehbaz

Shoaib Malik to do next bold photoshoot with Maulana Tahir Ashrafi