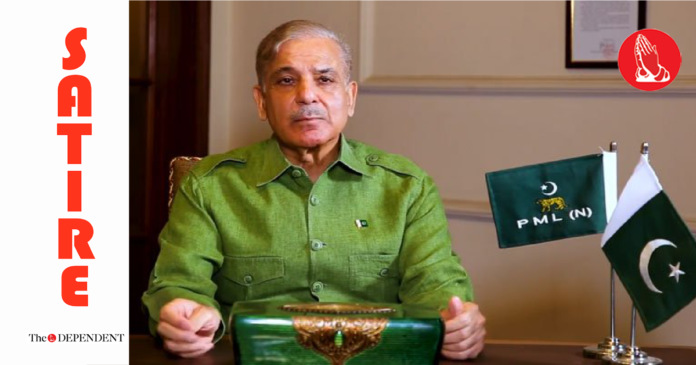 LAHORE – Pakistan Muslim League-Nawaz (PML-N) President Shehbaz Sharif on Tuesday reiterated that sloganeering against heads of the Pakistan Army’s various wings was against the national interest and anyone who engages in it has ‘nothing to do’ with his party.

Talking to the media, the former Punjab chief minister said such sloganeering must not be allowed at any cost confirming that he will personally sideline anyone who is found guilty of doing so and remove them from the PML-N.

“Yes, let me be categorical here. You are talking about that man in the PDM [Pakistan Democratic Movement] rally who addressed the jalsa and named chiefs of armed forces wings’, encouraging the crowd to shout slogans against them – I promise you, and more importantly I promise those that he targets, that man has nothing to do with the PML-N,” Sharif said.

“That random man just comes and starts addressing the rallies, whether it’s the PML-N’s or the PDM’s and starts mocking army and ISI chiefs. I have repeatedly told him not to do it. He had his way when it was his turn, now when it’s mine… he’s so selfish, and nauseating, just because he’s elder and I am younger, he always thinks he is always right. Always fooled the parents as well…” continued the PML-N president before being interrupted by a question.

When asked what the party line was in this regard, Shehbaz repeated the same line thrice, each time louder and more emphatic: “I am the bloody president of the party!”

The PML-N president further reaffirmed that sloganeering against military and intelligence chiefs was against national interest.

“And against my personal interest, which should translate into the party’s interest, because that is how the head of party has ruled this party,” he said.

“And I am the president, the head of the party! That man who addresses jalsas via video link from London is not, and has nothing to do with the PML-N!”