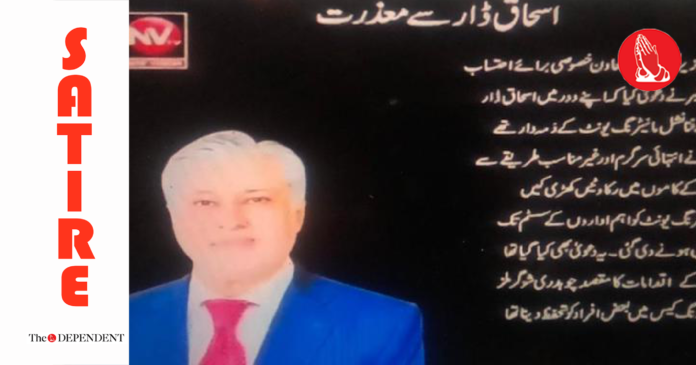 Pakistani TV news channel ARY News has decided to run all its talk shows with apologies running immediately before and after each show airs, in the likelihood the shows faces a penalty by the United Kingdom’s media regulator OfCom.

“We have decided that this, perhaps, is the best approach to take regarding this particular issue,” read an internal memo from the channel management to the Director News and four shift in-charges. “Rather than get into a long and tedious bit of paperwork, it would just be more efficient to do this instead.”

“Yes, the fines are quite a lot,” said Babur Khan Javed, media and advertising reporter at Profit, “but hey, the ad revenue of the broadcast in the UK is also huge. Just makes sense for them to do this.”

A focus group of typical ARY viewers responded favourably to the decision.

“I’m glad that they have decided to do this, rather than not being true to themselves,” said Dr Muhammad Munir, a London-based ophthamologist. “I’m happy and will still watch.”

When Shirin Hassan, another viewer within the focus group was asked whether the clear and up-front apology would affect how she views the programs, she said she couldn’t be bothered.

“I smoke a pack a day regardless of how big and scary the anti-smoking photos are on the pack,” she said. “Didn’t work then, won’t work now. Give me those programs.”