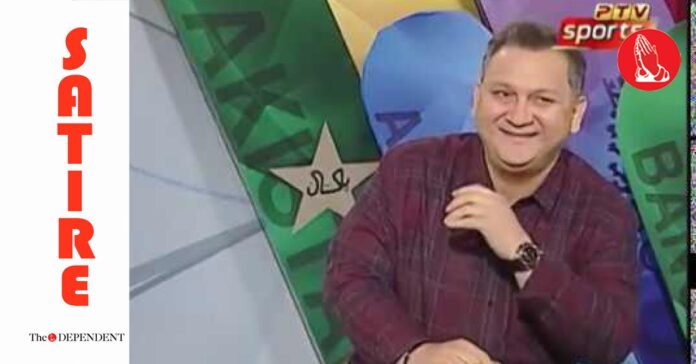 ISLAMABAD: The government has decided to release the banned Dr Nauman Niaz, the Director Sports & Syndication of the state-run Pakistan Television, after declaring him a proscribed outfit, The Dependent has reliably learnt.

The decision was reached on Tuesday after the government reached an agreement with Niaz, now a formally designated terrorist group, which would result in him returning to PTV as the host of his show.

Details of the agreement available exclusively with The Dependent confirm that Niaz would no longer terrorise the country, follow the writ of the state, and in return will be allowed to continue hosting his show with his official designation of ‘proscribed sports anchor’ running on air with his name.

The agreement further confirms that following the agreement between the state and the proscribed outfit, the PTV Sports show that Niaz hosts would henceforth be called ‘Same On Hai’.

Mufti Muneebur Rehman, who brokered the peace agreement between the state and the terror group, has told The Dependent that there was a lot of misunderstanding between the government and the outlawed outfit.

“Lies were spoken on television about Dr Nauman Niaz that they had demanded the expulsion of Shoaib Akhtar. This was a blatant lie,” he said.

Confirming that the deal had been agreed between the state and the sports terrorist, Federal Minister for Information and Broadcast told The Dependent that the proscribed outfit has been duly warned.

“If the terrorist outfit continues in defiance, we will then treat Dr Nauman Niaz as a militant group,” Chaudhry said.

Experts maintain this largely translates into changing the wordings on the next agreement that the state signs.