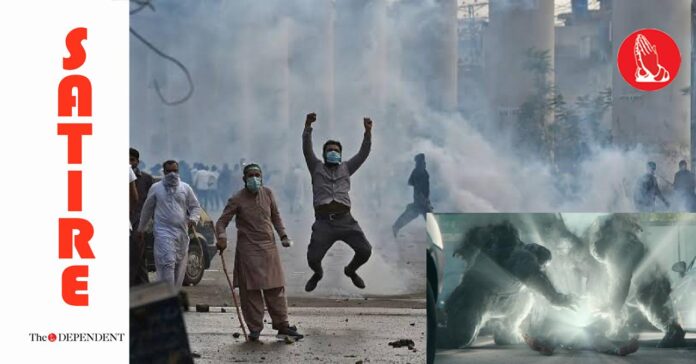 ON YOUR TV SCREEN: The latest South Asian horror-comedy-thriller has beaten its predecessors to become the most-watched show on your TV screen. FlixPatrol analytics has confirmed that the horror series about religionist crazies, which has taken the internet by storm, has surpassed the views of other such shows from the genre.

The latest horror series is also directed by those that previously directed all such shows, and have expertise in this genre, especially from this part of the world. Apart from becoming a regional, and indeed a world phenomenon, the latest drama has also raked millions of viewers, including you.

Without giving out any spoilers, this record breaking horror series tells the story of how intangible beliefs can lead to unparalleled violence. It also narrates how such beliefs are commodified and weaponised in order to control the masses.

“Hang on, I think I’ve seen some bits of this show around me, even though I feel quite distant from it just viewing it on TV,” you exclaimed while subconsciously talking to The Dependent.

“Funny how once you distance yourself from what you see, you don’t even realise how you can be an active participant in such shows and dramas,” you further exclaimed in your head.

Experts say that while the latest show has hogged TV screens, yours and others, the growing popularity of the genre means that the directors of these dramas will further be incentivised to produce more such thrillers in the future.

“We’ve created this universe. We’ll just keep adding new supervillains to it, to add more drama,” said a retired director while talking to The Dependent.

“As long as we continue to control the universe we created, of course.”